supported by Arts Council England and Babylon Arts, and in residency with Yorkshire Dance and Leeds Grand, we present

Valoris and the Expansions

“Because anything could happen” AA breakdown service

Val bought a van, transported from 1972. He named the van Valoris for bravery and painted it blue to avoid the white-van-man stereotypes and requests for friends and family removal services. Val has four friends and together they are the Expansions. The Expansions hold the Universal Truth which is known inherently by the cosmos but has been lost by the masses. With stalling, missfires and smoke, they can meander, shape-shifting through time and space to spread the word. Arrival and set up detour from the plan. Val, who is on his own voyage of self discovery and expansion, attempts to balance ego with teamwork in a precarious mix of goodwill and condescension. 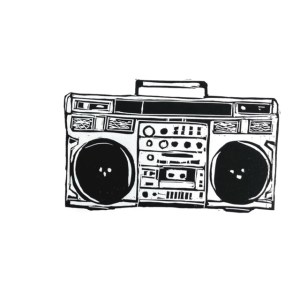 Valoris and the Expansions is coming to your ends:

Valoris and the Expansions is booking now for summer/autumn 2022 and spring/summer 2023.  Contact James: projects@sincru.co.uk for availability 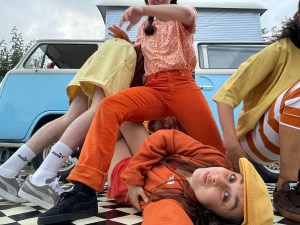 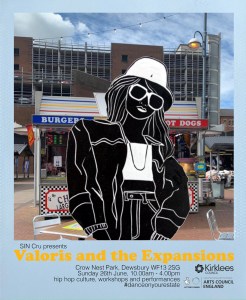 We have been creating work for theatre since 2000.  SIN Cru Theatre as a touring company, was established in 2005 with the aims of extending the boundaries of Bboyin as an artform, and introducing new audiences to Hip Hop.  SIN Cru uses bboyin and hip hop movement styles integrated with beatboxing, live music and spoken word to create narrative dance theatre.

In addition to three Arts Council England-supported tours, the company has presented work at The Place, Stratford Circus and Sadler’s Wells in London, The Festival Theatre in Edinburgh, and at dance theatre platforms including Breakin’ Convention, Move It and B.Supreme.

In 2015, SIN Cru Theatre became Fly No Filter and continues to embrace collaborations with artists from other dance forms and disciplines including drama, physical theatre, music and film, in order to define, reinterpret and extend the boundaries of bBoyin as a performing art.

For artists taking part in any of our projects: we use forms to gather information and record permission in case we need to use photos or video collated during one of our sessions. Please follow the link HERE to fill in our photo/video consent and monitoring/equal opportunities forms.